Quanterion Solutions is renowned for its extensive reliability data collections, which includes failure rate data on hundreds of thousands of both electronic and nonelectronic components.

The company offers custom reliability data agreements to companies interested to integrate failure rate data into their systems and software. Quanterion Solutions’ clients in this area have been able to produce cutting-edge software for calculating product and system reliability with the use of our failure rate data. 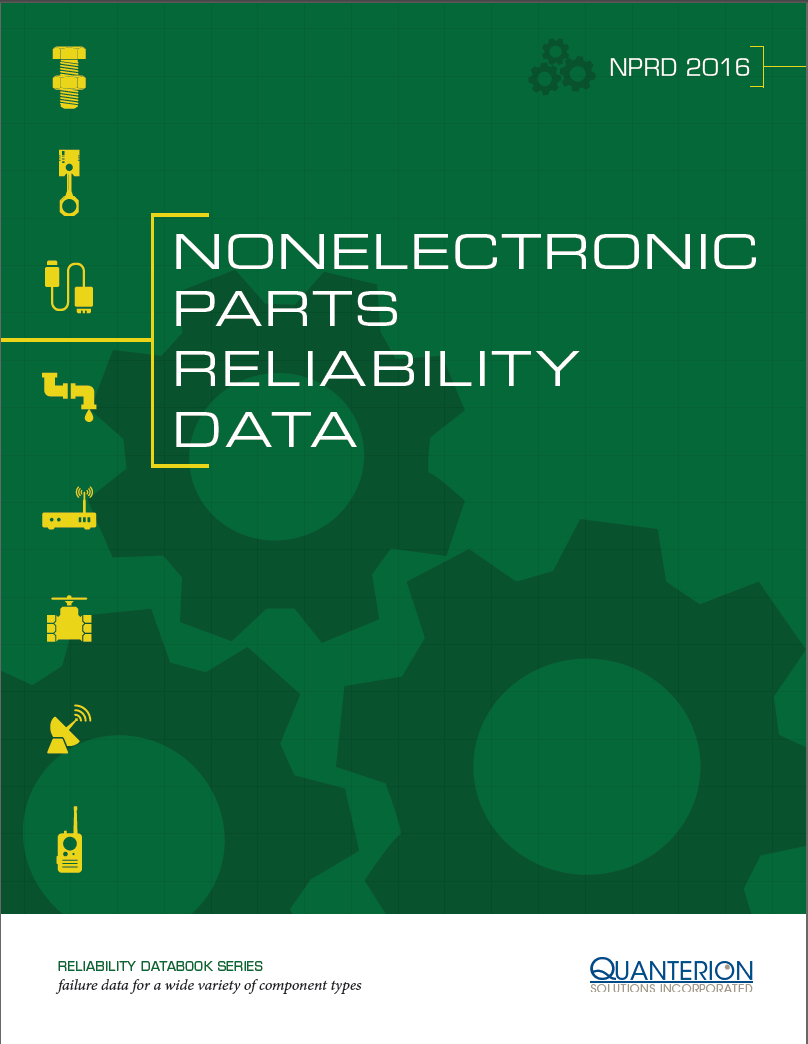 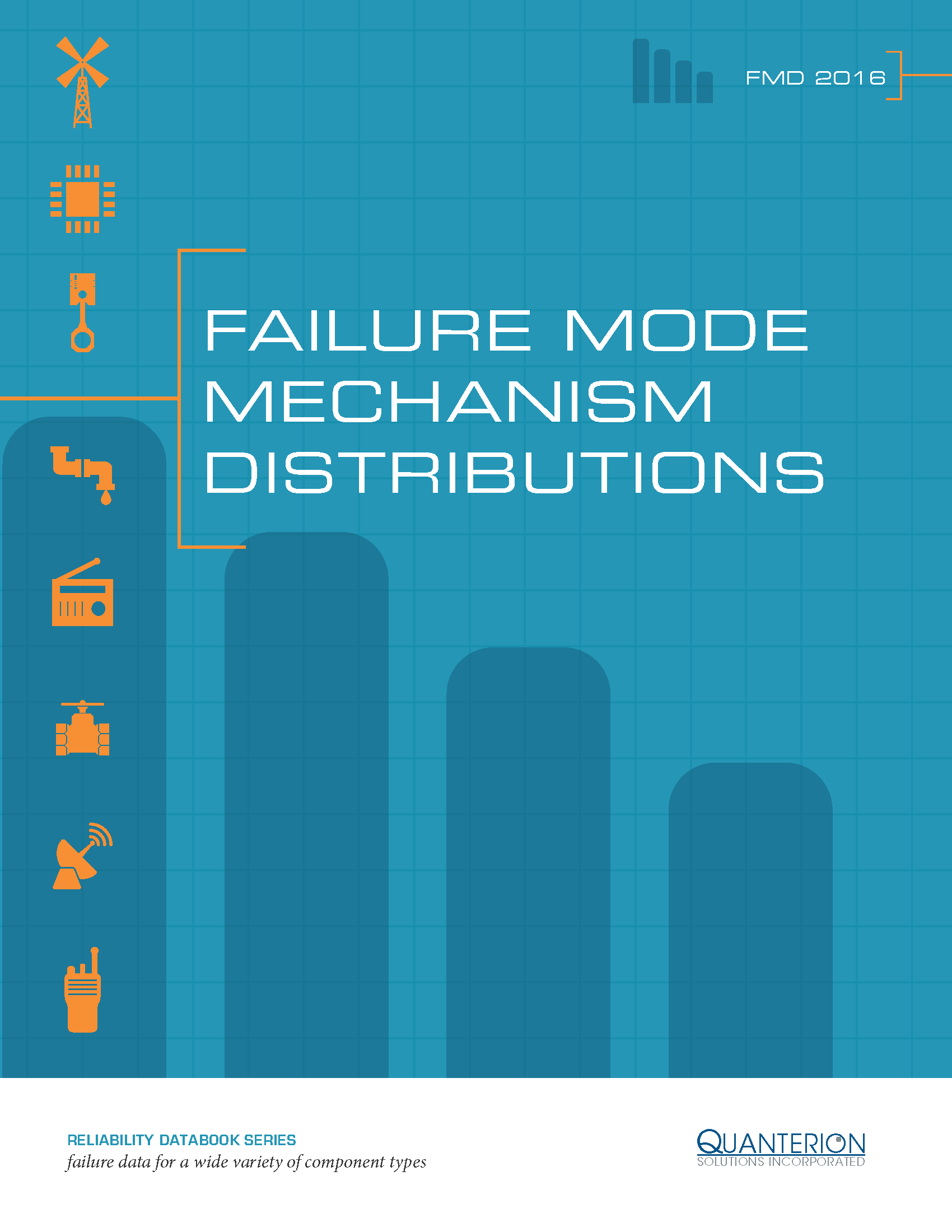 Failure Mode/Mechanism Distributions (FMD-2016)
The 2016 Edition of the Failure Mode/Mechanisms Distribution (FMD-2016) contains field failure mode and mechanism distribution data on a variety of electrical, mechanical, and electromechanical parts and assemblies. This data can be used to apportion an item’s failure rate into modal elements and assist in the performance of reliability analyses and assessments such as Failure Modes, Effects and Criticality Analysis (FMECA) and Fault Tree Analysis (FTA).  FMD-2016 contains over 990,000 new records, a 10 fold increase over the 98,000 records presented in its predecessor, FMD-2013. 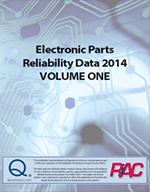 Would you like to discuss a consulting, data agreement, training or other reliability solution for your organization? Contact Senior Reliability Engineer Richard Wisniewski at rwisniewski@quanterion.com.