For example let’s say we are given the following five block arrangement pictured in Figure 1. Each of the blocks is identical and each has a failure rate of 10 failures per million hours (FPMH). For a 1,000 hour mission, what is the reliability of the circuit?

Figures 2 and 3 show the block diagrams of the two scenarios:

Based on these two scenarios, the following equation expresses the system reliability:

We begin by calculating the reliability of Scenario A. Since each block in parallel circuit AD and BE is identical we can use the Redundancy Calculator tool in QuART PRO, as seen in Figure 4. Using a failure rate of 10FPMH and 1000 hours, we get a reliability of 99.99% for each. Since the product of these two parallel groups reflects the circuit when C is functioning, we then multiply this product by the reliability of Block C. 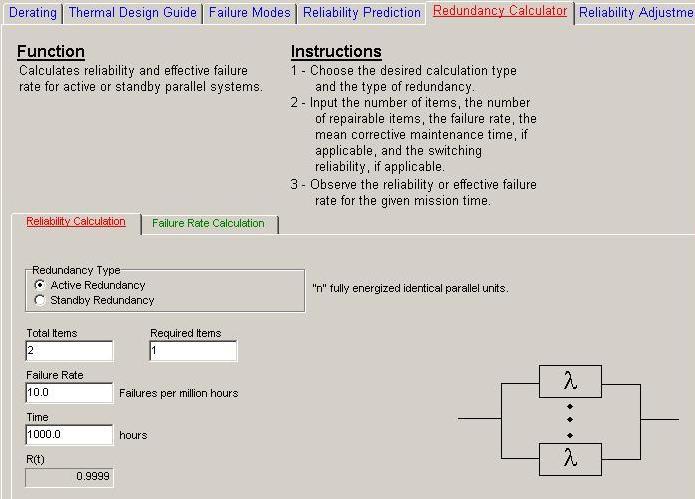 We can do the same for Scenario B (the parallel arrangements of AB and DE). The result is then multiplied by the probability that C is in the failed state, 1 – Reliability of C.

Combining the two results yields a System reliability of 97.85%

Had the blocks not been identical, we could have just as easily used the Failure Rate calculator in QuART PRO, as seen in Figure 5, to calculate the failure rate for the two scenarios. Given the stated mission time, we can translate this failure rate to a system reliability number. 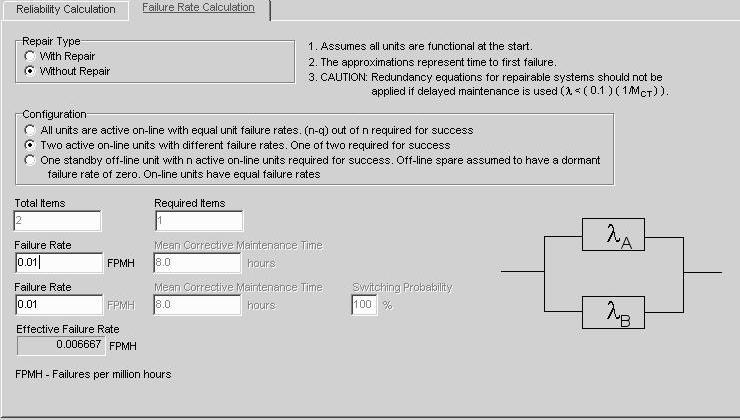 Another approach is to use a technique familiar with Fault Tree practitioners, the “cut-set” method. Here you simply examine the circuit in terms of all the combinations that would result in system failure.

If we look at the original circuit we notice that there are four block combinations that can cause the system to fail. These are AD, BE, ACE, and BCD. These four “cut-sets” are shown in Figure 6. 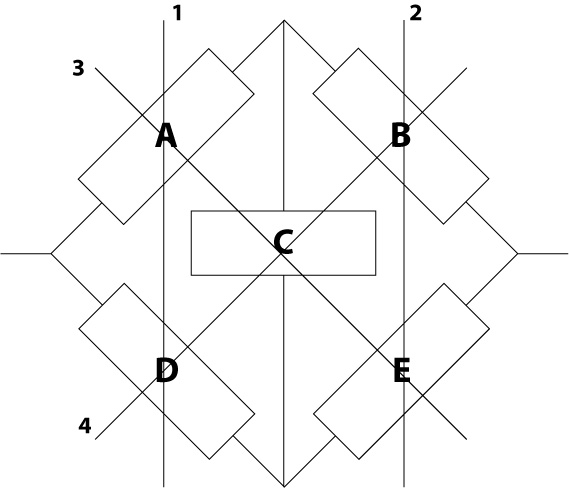 Lastly, the probabilities for the successful outcomes are added, as follows:

The probability of system success is calculated to be 97.85%, which agrees, as it should, with the results from the QuART PRO Redundancy Calculator.