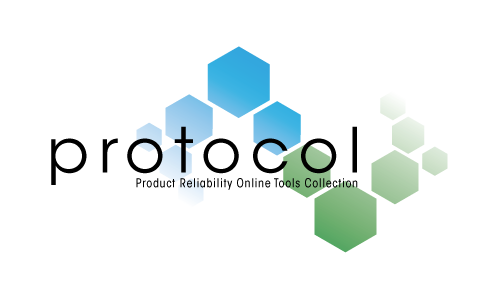 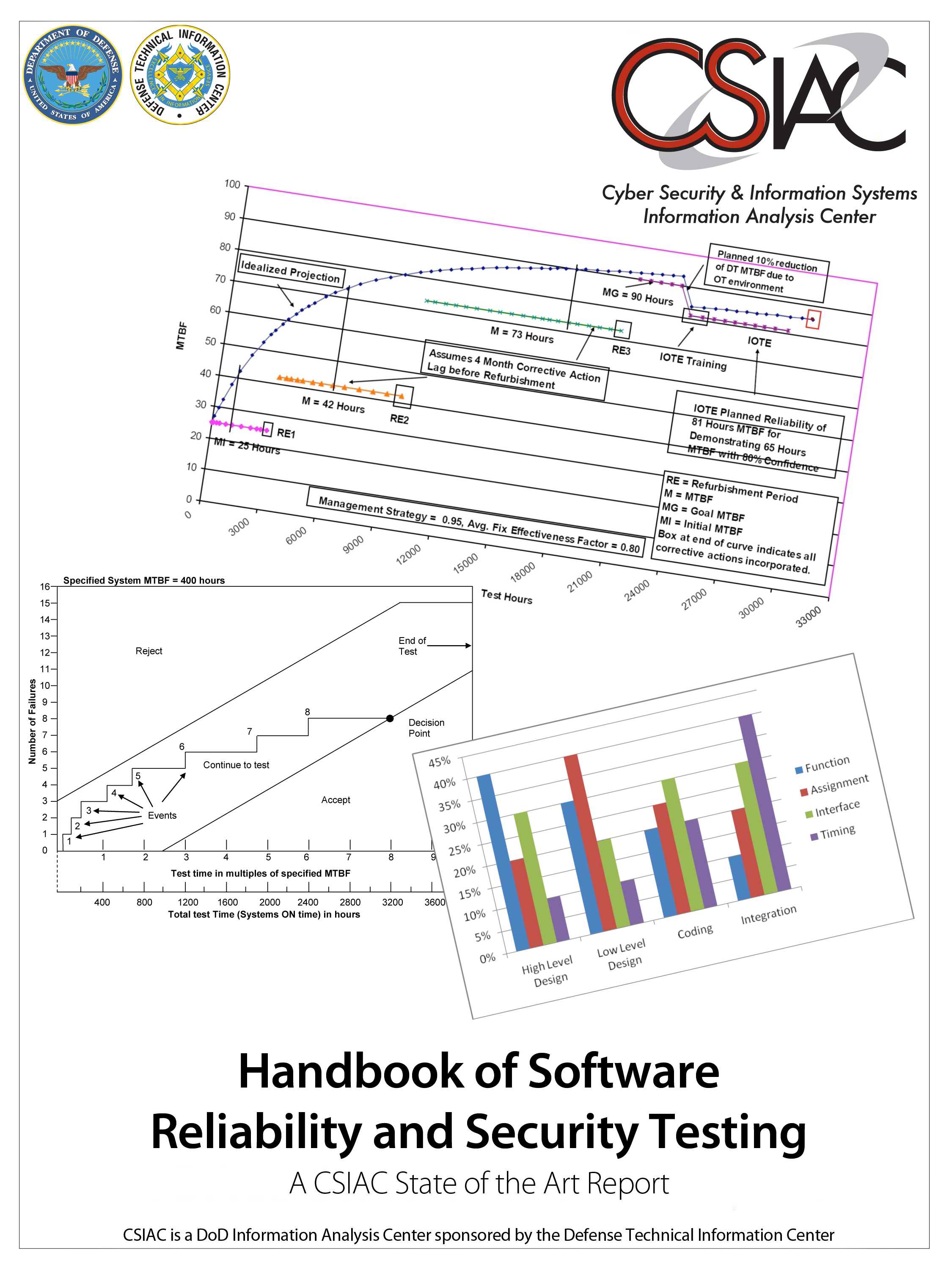 Quanterion developed and published the “Handbook of Software Reliability and Security Testing”, a comprehensive manual developed for the DoD’s Cyber Security and Information Systems Information Analysis Center (CSIAC).
The increasing complexity of modern systems, and systems-of-systems, is such that reliability considerations must extend beyond hardware, and include both software and human-machine interactions. This book specifically addresses software reliability and security, in terms of the reliability necessary to achieve the mission, the factors that influence the required reliability (e.g., customer expectations) and…  Read More

Quanterion recently completed the development of 217Plus™:2015, “Handbook of Reliability Prediction Models”, the successor to the popular 217Plus™ handbook that was also developed by Quanterion under the former Reliability Information Analysis Center. The new handbook now includes photonics as well as a number of new and updated prediction models.

Quanterion has also developed the accompanying 217Plus™:2015 spreadsheet calculator that features several capability enhancements in addition to the new/updated models from the 217Plus™:2015 Handbook. The following links provide more information on the 217Plus™:2015…  Read More 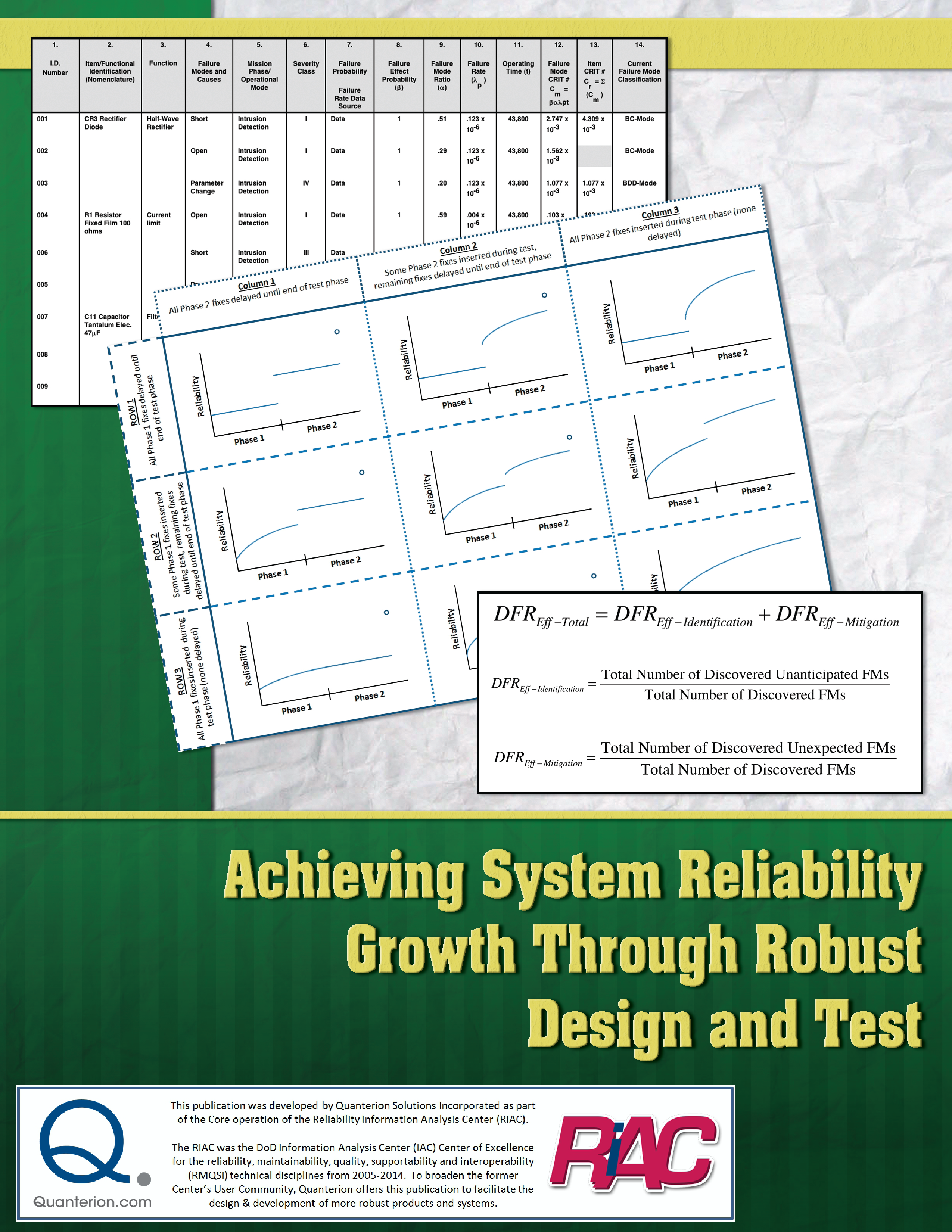 Quanterion’s staff leveraged their experience from a number of past efforts to develop a new handbook entitled “Achieving System Reliability Through Robust Design and Test” for the former Reliability Information Analysis Center (RIAC). This handbook provides a comprehensive discussion of reliability growth techniques, not only identifying traditional testing-based approaches but activities and opportunities to improve the reliability of a system during earlier design stages. The content of this book has also been used to develop a Reliability Growth Training Course,…  Read More 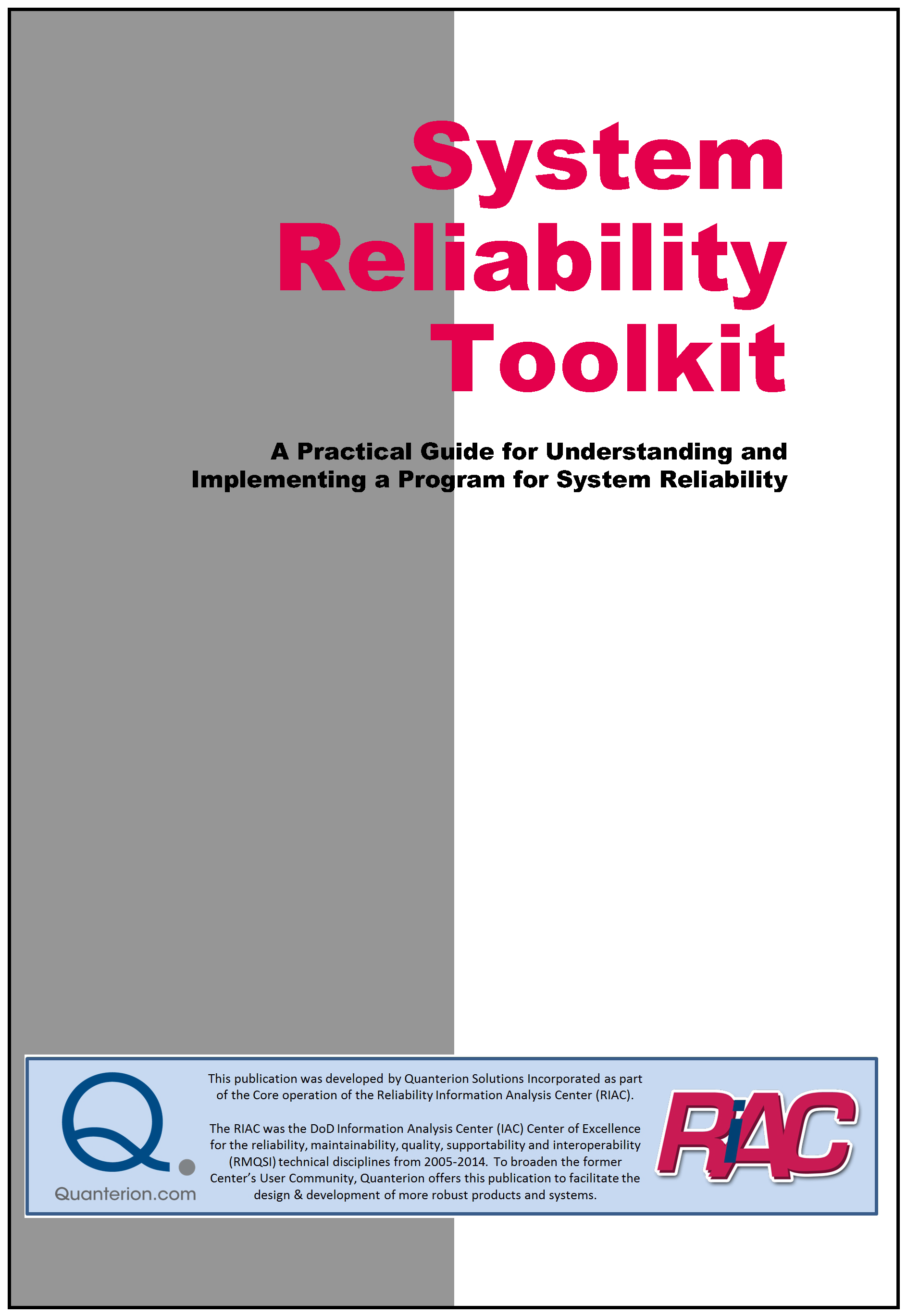 Under the former Reliability Information Analysis Center (RIAC), Quanterion’s staff collaborated with the Data and Analysis Center for Software (DACS) (another DTIC-sponsored IAC) to develop the System Reliability Toolkit, an update to the successful Reliability “Toolkit” series.  The previous toolkit publications predominantly had a hardware-based focus, while DoD systems had become increasingly software-intensive. The System Reliability Toolkit provides technical guidance in all aspects of system reliability, addressing both software reliability and human factors to better reflect the changing requirements of…  Read More 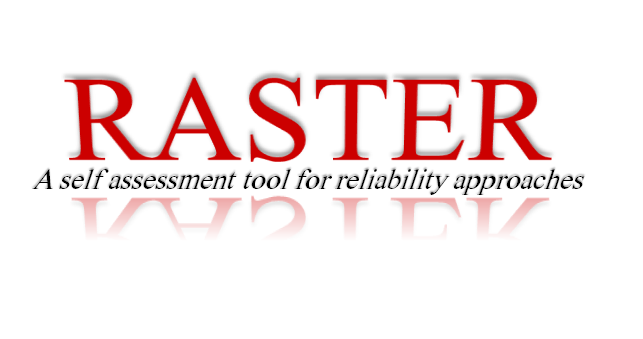 Over the years, Quanterion’s engineers have often been tasked to perform independent reviews (or audits) on all types of companies’ reliability approaches, and to provide advice on how they can do a better job. Based on this experience and other benchmarking efforts, we’ve developed “RASTER (Reliability Approach Self-assessment Tool including Enhancement Recommendations)” as a FREE tool for organizations to perform quick self-assessments of their approaches to reliability.

Under the former Reliability Information Analysis Center (RIAC) contract, Quanterion performed an effort to design, develop and populate an online database of Physics of Failure (PoF) models known as the Web Accessible Repository of Physics-based Models (WARP). Physics-based models are revered because of the fact that they model the life-limiting failure mechanisms of a part or system, accounting for the various operating conditions (e.g., temperature, voltage, load cycling, etc.) that either accelerate or decelerate failures. However, as these models are…  Read More

The Quanterion Automated Reliability Toolkit (QuART) software series is an automated adaptation of the highly popular “Reliability Toolkit” series of RMQ engineering aids originated in 1988 by Quanterion personnel while working at the Rome Laboratory (formerly Rome Air Development Center). QuART ER (Enhancing Reliability) is the fourth generation in the series, adding more than 15 new tools to the tool set, while updating several others. QuART ER also includes the “Ask a Quanterion Expert” function that allows users to direct their…  Read More

Over the years, Quanterion has performed numerous reliability analyses through a variety of government-funded contracts and commercial consulting efforts. Examples include common analysis techniques, like the Failure Mode Effects and Criticality Analysis (FMECA) and/or the Fault Tree Analysis (FTA), which Quanterion has been hired to perform on unmanned aerial vehicles (UAVs), weapons systems, subsystems of a regional jet aircraft, and a long list of other components and systems. We have also developed customized FMECA software tools, informational publications and provided…  Read More

Orders requiring shipping placed after 2020-03-20 will not be processed until further notice. Sorry for any inconvenience this may cause. Dismiss