Quanterion’s reliability, maintainability and quality engineering products apply the company’s in-depth understanding of specific processes, including the identification of specific tasks that can be simplified and/or automated to reduce the necessary time and resources for such processes. Quanterion’s collection of software tools provide the desired simplification, while also incorporating additional insights, rules of thumb and numerous other practical application tips.

Explore these popular and affordable software tools that were developed to improve the productivity of your organization. 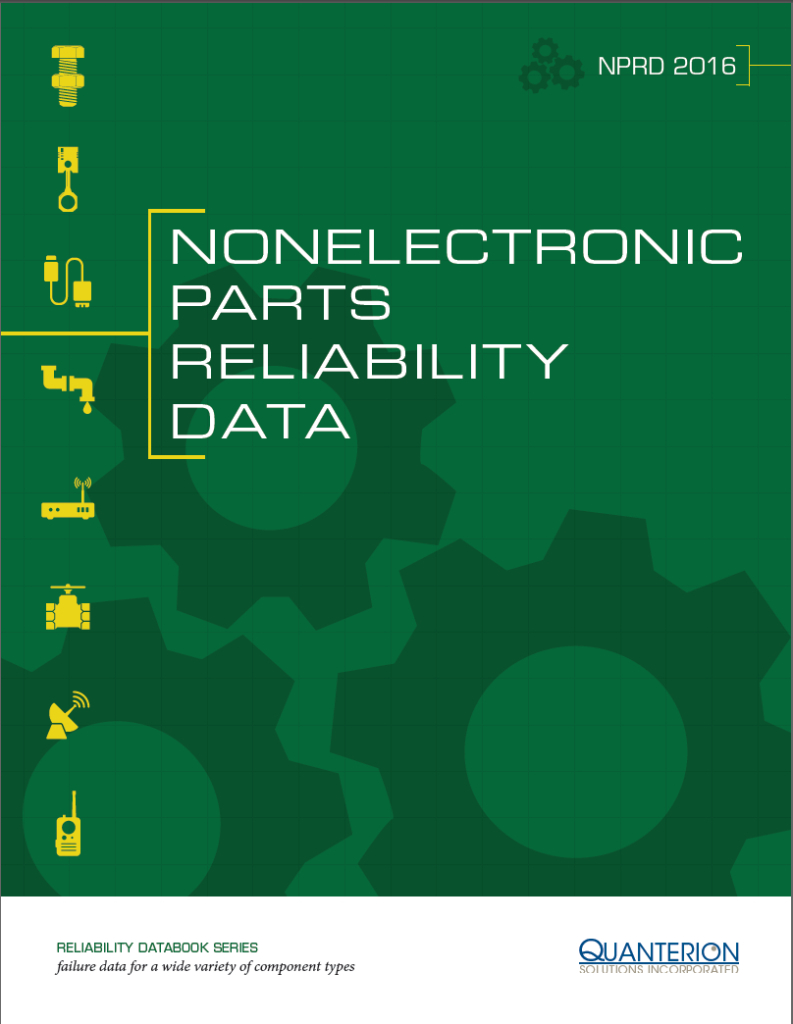 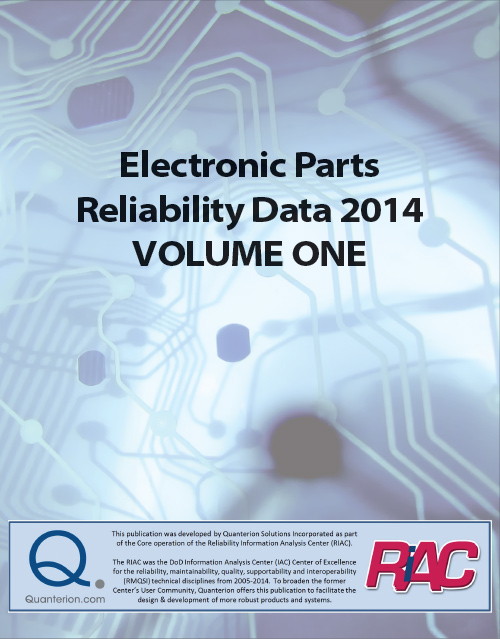 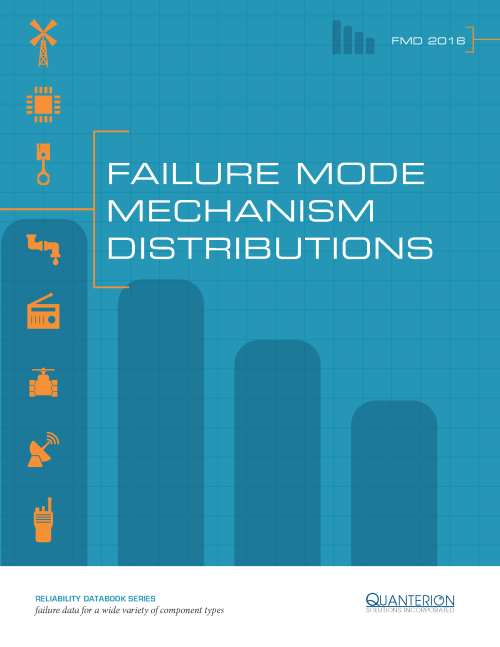 This databook contains field failure mode and mechanism distribution data on a variety of electrical, mechanical, and electromechanical parts and assemblies. This data can be used to assist in the performance of reliability analyses and assessments such as Failure Modes, Effects and Criticality Analysis (FMECA) and Fault Tree Analysis (FTA).
Learn more. 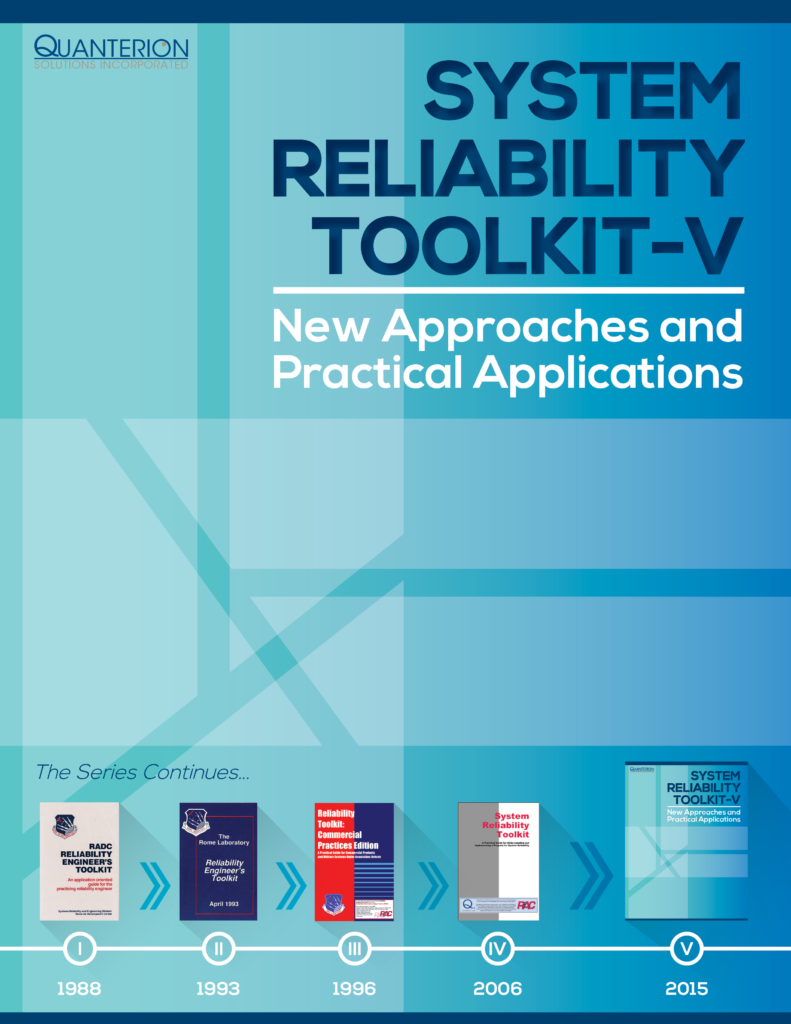 This fifth toolkit in the popular series developed by Quanterion reflects the updated focus in RMQSI. Several of the same Quanterion staff members have been involved in all five titles in the series. Over 30 new topics have been added, and several others updated, with a minimum removal of topics from the “System Reliability Toolkit.” In addition, Appendices have been added stressing the practical application of the document’s practices throughout a program’s life.
Learn more. 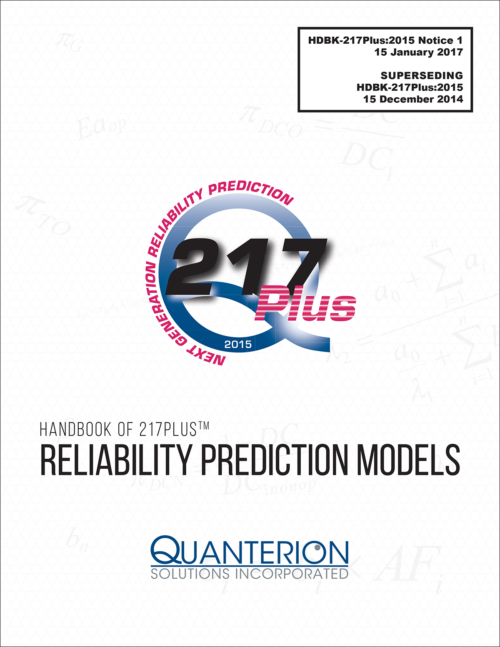